Delighted to be hosted by Jason Tramm for his dynamic live video podcast series, on Oct 18 @ 8 pm EDT.

MEND™ reaches the outer limits of our brave new world.

Jason Tramm of MusicMatters 2020 interviewed Mardi-Ellen Hill on his new video podcast platform that features distinguished members of the performing community and explores the most important issues affecting active engagement in the arts today, impacted by the global COVID- 19 pandemic.

“With so many creative projects in abeyance in these times of crisis, there are a number that stand out. Big fans of film, television and video, especially those involving A.I. and similar topics, are eagerly awaiting a resumption in this art form. One of the outstanding projects in development is the Universe of MEND™ franchise.

“Described as a multimedia experience / cross-media entertainment, MEND™ (“music encode decode”) is the unique concept of Mardi-Ellen Hill, award-winning writer, business consultant, an innovator in the world of business synergy and integration, and creator-inventor par excellence. A new global entertainment enterprise, MEND™ depicts the world of a psychological thriller for young audiences with an intergenerational hook, involving a family dynasty’s genetic secret hidden within a penetrating, specifically coded musical composition.

Listen to this recent Podcast with host Amy Jordan of the Yes But Why Podcast.

The creative journey of a life’s work.

Mardi-Ellen Hill is being interviewed for a Major Podcast to be released very soon!

Fasten your seatbelts, batten down the hatches and prepare to be awestruck!

In the meantime, continue reading about MEND™!
Make sure to read the Project Summary and view the Trailer!

Henry Barrington’s ferocious love for his daughter drives him to invent a new producing model, MEND. Encoded in his genius child’s DNA is the secret to his family’s innate talent to producing work product wealth and power. Rachel delivers. At 18 she has a full catalogue of music work to her name. Henry’s gift to humanity is of great use to his spying competitors. Cousins in his family have stolen his notebook and replicated his blueprint for a price. As Rachel emerges from a stage performance that price goes way up. A big tip on the girl’s home address has her cornered. Will she initialize the software? Young superstar Rachel ‘s murdered body is still warm. In her phone is a version of a MEND keypad slated to go live. MEND is about to make it’s AI debut in foreign markets. No one counted on Henry a guy of royal blood having a default plan. He needs no passwords to reset the access code. As Rachel lays dying, Henry locks everyone out. The access code is reset. Only Rachel’s mother, Lily Barrington can open the MEND OS. Is she in on the competitor demand? Lily Barrington, a woman with a damaged past has many faces. She must be found.

CONTINUE TO TRAILER NEXT…

Spoiler Alert Notes to all Viewers of the MEND™ Trailer!

Trailer opens the path to the dynasty home…

[Continue reading below the Trailer video…]

Countdown to preserve a dynasty’s secret interstellar lineage. On earth, a royal dynasty family name is embedded in a number pattern that expands and contracts the cosmos, making time travel, automation, and delivery a tempting user-friendly mobile experience. 21st Century tech news hits the net when a hot young pop star unaware of her royal dynasty background composes a song that distributes a strange signature pattern to the public. She is killed.

Without insider knowledge and admission into the dynasty fold, the song’s meaning is lost. The tune that brings the dynasty’s power to earth can change form to return the family home. The killer has devised a keypad access code that locates the dynasty pattern using the pop star’s score. MEND™ is one of the most powerful and dangerous inventions of our time. And the song already has escaped into our consciousness…

Executive Producer, Mardi-Ellen Hill will open the door to her MEND™ (music, encode/decode) Universe, a radical new content delivery system. The access to this thrilling, hitchhiker world is uncovered by a most unlikely female protagonist in Ms. Hill’s chilling story, “The Skeleton Score” currently being adapted for film, television, and streaming.

Executive Producer, Mardi-Ellen Hill will open the door to her MEND™ (music, encode/decode) Universe, a radical new content delivery system. The access to this thrilling, hitchhiker world is uncovered by a most unlikely female protagonist in Ms. Hill’s chilling story, “The Skeleton Score” currently being adapted for film, television, and streaming.

This event is free for members and $15 for non-members.

The MEND™ experience explodes. An unlikely female protagonist awakens to a message left by her young daughter. Encrypted in her child’s haunting song is an access code monetizing a thrilling new invention. The countdown has begun…

Music gets to us in ways that words can only hint at. Its harmonies and dissonances, nuances of dynamic ebbs and flows, its mixed emotions, its reflection of the grandeur and grain of human experience — these qualities of music transport us into an ecstasy like no other. Those sounds reverberate to the same frequencies that animate the spiraling of galaxies and the genetic dance that creates our individual identities.

At the same time, the mystery of our existence, where we came from, how we got here, where we’re going, intrigues us beyond our ability to comprehend. Some see themselves as instruments of a Higher Being, or predestined to follow the paths of their ancestors. For others, the notion of a calling defines their quest for meaning. But if no one’s calling, we try to shape our own destiny.

What if there is a hidden purpose to our existence? And what if that purpose is hidden in the harmonies and dissonances of music? That is the genesis of composer Mardi-Ellen Hill’s story of a dynasty that has secretly controlled the world for centuries. Woven into the very fabric of the family’s DNA is a code embedded in music, which the chance hearing of a song confides to the heroine.

Not only a story set to music, this is also a computer game where participants can act out the roles and create new experiences that change the outcome for themselves. Hill calls it MEND, Musical Encode/Decode, which in her orchestration mixes virtual reality and real-life experience in a startlingly new way. Like the first talking movies that brought audiences into seemingly intimate contact with stars, this integrated story / music / game / technology of Mardi-Ellen Hill’s will create a shock of recognition — because it is the way we live now.

The world is changing. Audiences are looking for new ways to build their paths to venues. Live performance corners a global emerging fanbase in the land of MEND™! 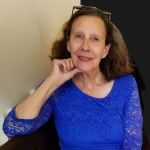 Mardi-Ellen Hill | Wall Street Journal Woman of Note:
NEW CONTENT MANAGEMENT THRILLS IN THE HANDS OF ACTION SUPERHEROES:
Mardi-Ellen Hill is a two-time recipient of an NEA for a New American work. She has won numerous awards, honors and prizes for her stage work and music composition. Ms. Hill is a Wall Street Journal ‘Woman Of Note’.
[Read more…]

SCENES FROM A THRILLER STORY

An inventor’s genetic destiny sparks a global threat – will you come aboard to join in the diabolical fun?– The amazing world of MEND™ has a book series, film script, games, music, a blog and numerous other products for online and off-line content and immersive space interactivity. A simple lullaby tune morphs/ evolves over centuries. The song has supernatural powers. This family tune can be used miraculously to unlock signature content.

Rachel Barrington, Star in the prequel book: THE SKELETON SCORE is the smoking gun.. She holds the secret pathway to the dynasty’s interactive technology: MEND™ In one generation the game changes into gold. Dynasty power transfers.

Rae’s Theme Variations: A star is killed at the height of her career.Her theme song holds clues to her murder and the secrets that have followed a dynasty for ages…

Listen to two Variations, each triggering different tangential paths of possibility into the Universe of MEND ™:  Piano | Cello

Interview with Mardi-Ellen Hill: 930AM WPAT Multicultural Radio –
Mardi-Ellen Hill was interviewed by Diandra Archibald | New York City | 9:00. Listen and read on – you will discover amazing secrets to this new cross-media work. About these ads Occasionally, some of your visitors may see an advertisement…

Interview: Dustin McManus: Mending the Gap Between Fiction and Reality It’s not often that consumers gets to fully immerse themselves in, and become a part of, the product that’s sold to them. But MEND™, an interactive story, is both an ambitious product and small business that seeks to combine fiction with reality….

Our Globe, A Puzzle Enfolded In One Frame – THE SPELL OF VAUGIRARD is an epic saga. The prequel book: THE SKELETON SCORE reveals the powers of an ancient dynasty. In the middle ages a crime takes place. A child discloses a family secret. He is quartered and buried at a certain time of day. The parts of the body form a puzzle, a prophesy…

The Barringtons , their divine power withstands corruption…. a story about a hidden gift and a new real deal technology! – A Scrambled Message travels by elevator, floor by floor, a four syllable message unfolds in different scenes and cities, until it lands as a full sentence in a hidden destination in Washington D.C  Access code to the new technology MEND™, unlocks the ancestral secrets of a powerful dynasty. Learning the dynasty’s gift of narration, transmission of message, and high powered performance is a shoe-in for the public with this App demo!…

Sneak Preview… MEND™ tablet apps coming soon! – Check out our App sneak preview! The Keyboard uncovers an old french village and a hidden code – the memo possesses a 21st century celeb. A brazen lyric she writes, uncovers the meaning of the memo and gets her killed – we get inside a dynasty’s madness and power! Be sure to go the ‘Flagship store’…